Crash: after introductions are declined by both parties (disappearing messages setting is ON on all devices)

Scenario was like this; Three devices, Samsung Mini API19, Nokia 1.3 API 30 and Pixel 2 API29. Samsung has connections with both, but they are not connected to each other. Disappearing messages are on for both Samsung's contacts, as well as on Nokia and Pixel for the conversations with Samsung. Samsung mini selects Pixel and goes to select the Make Introductions. Then it selects the Nokia's contact and sends a message to both of them. They both decline the intro message.
Samsung goes back to Pixel's conversation, and tries to perform the intro again, in the same way.
After selecting Make introductions, the crash happens. No logfile as the phone that crashed was not connected to Android Studio at the time of crash. But here are the screenshots of Stacktrace on the phone itself. Reproduced - crash happens after both parties decline invitation with Disappearing msgs = ON. One more detail in the scenario is that the sender's atomatically generated messages related to this intro disappear before either of the recipients sees their messages re: intro that sender sent them. After disappearance of the sender's auto-generated msgs, both contacts then look at their messages and decline the intro. 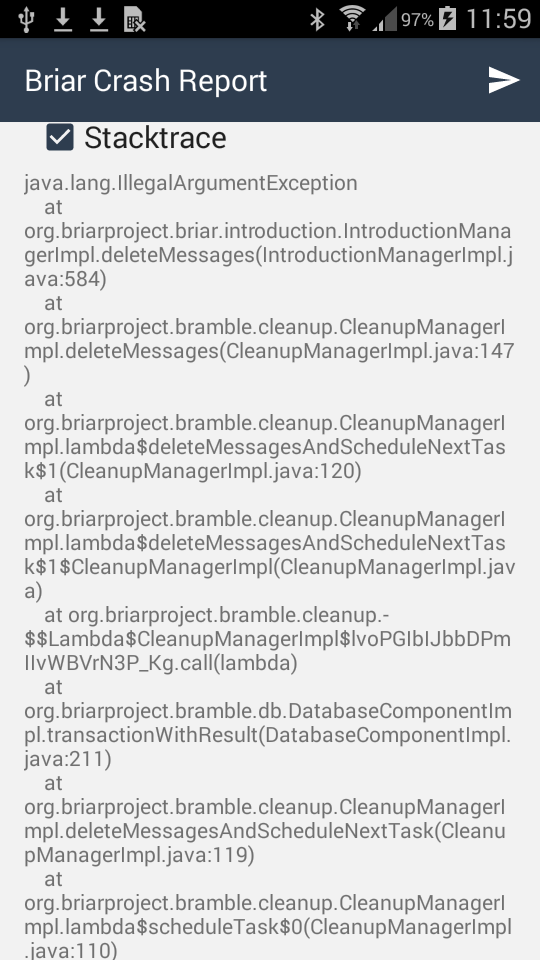 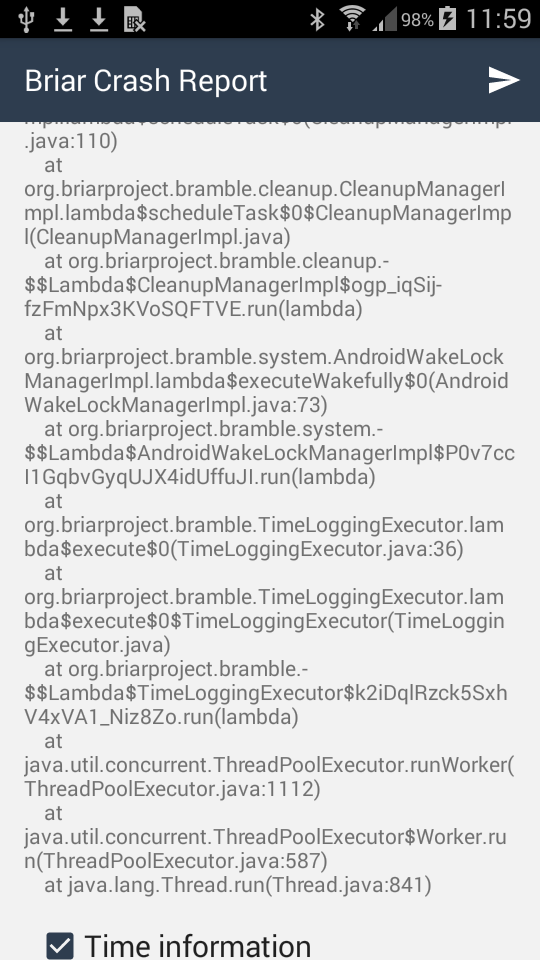