After setting up Briar as normal on the Huawei P8 Lite 2017 (Android 7.0, EMUI 5.0.1) and leaving it running for a few hours, the doze watchdog dialog was shown after unlocking the screen, indicating that the phone entered device idle mode despite Briar being whitelisted. 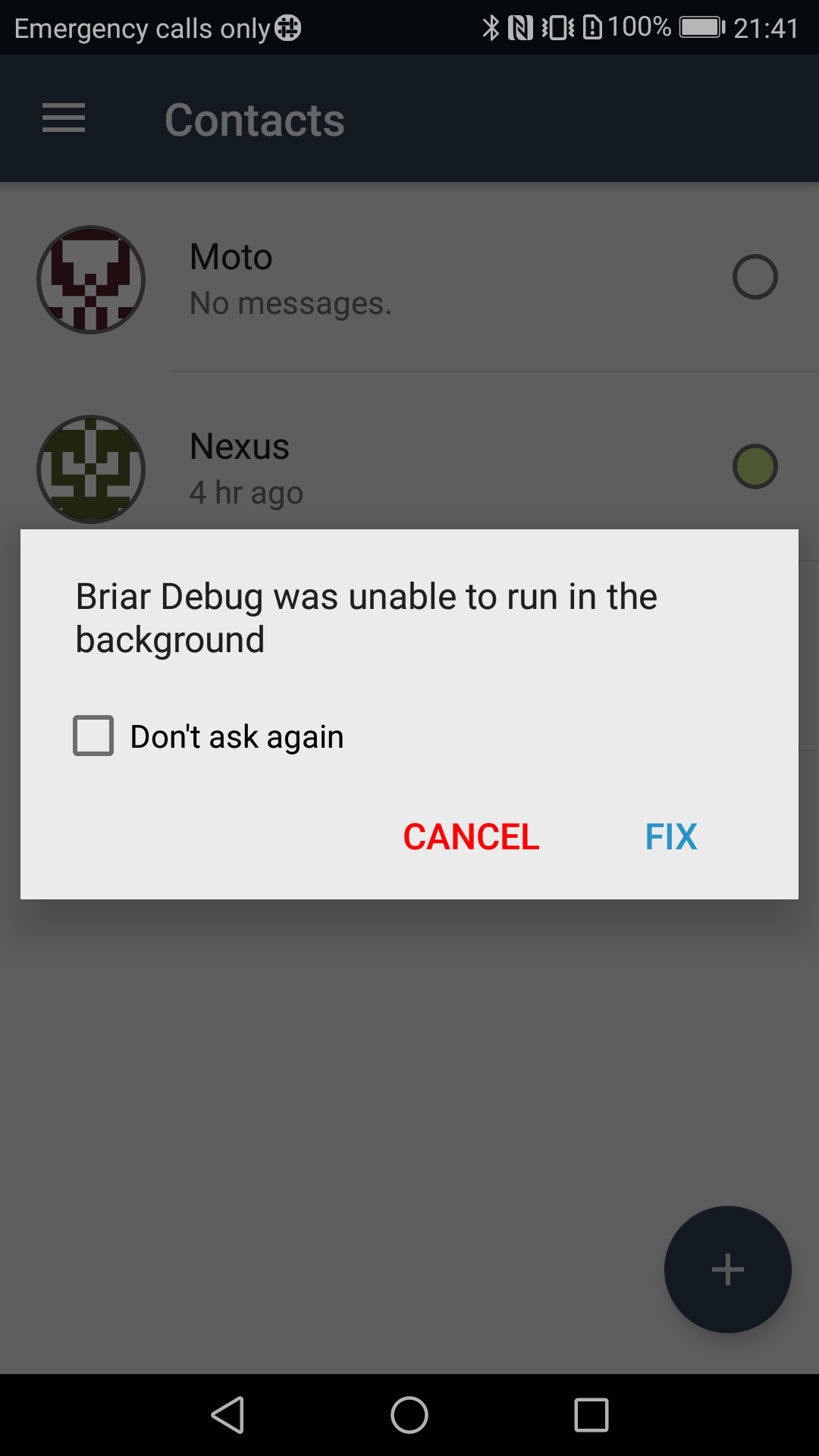 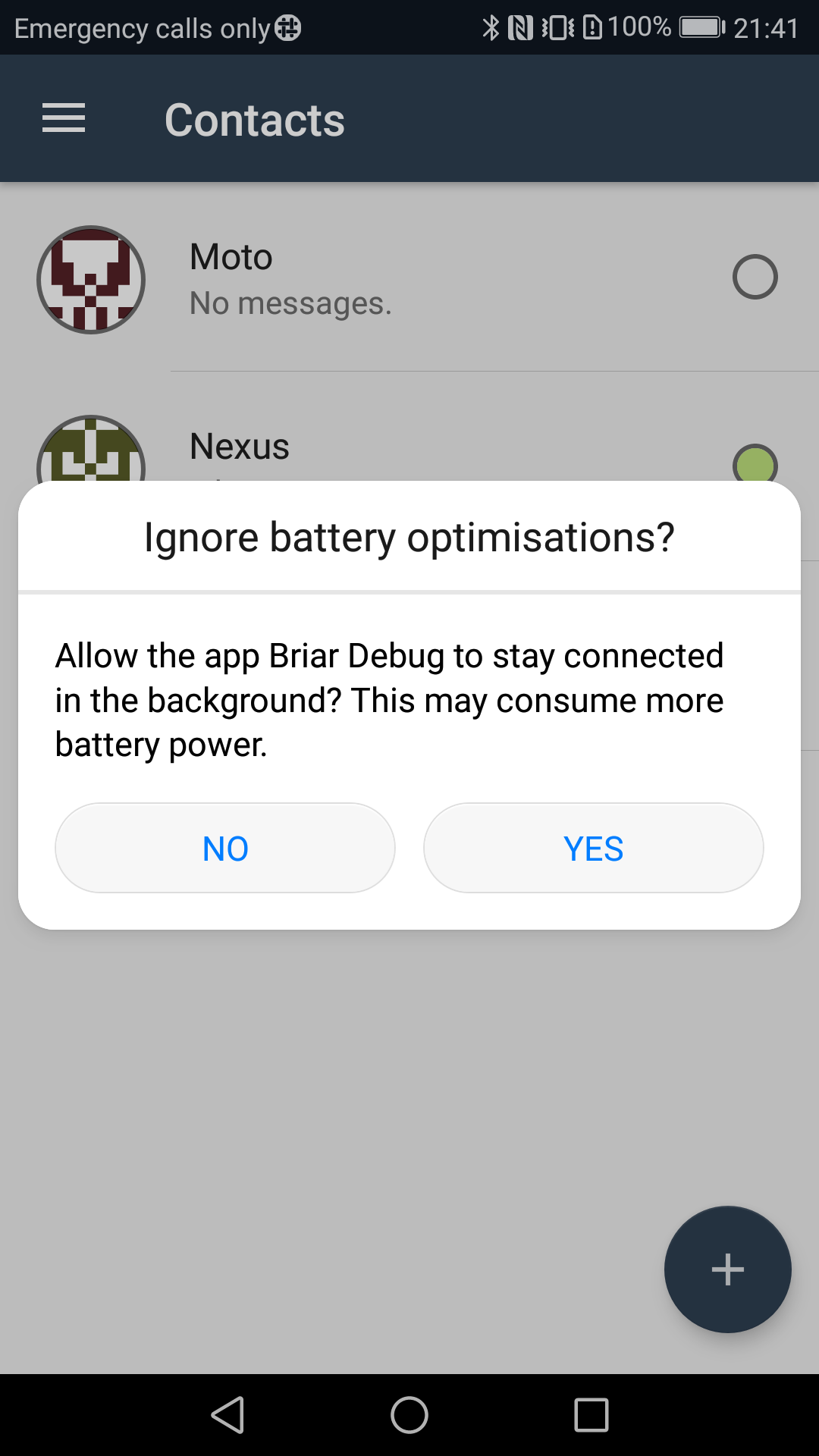 Wifi and mobile data were turned off, so there was no Tor wake lock keeping the device awake.

After tapping "fix", which prompts to add Briar to the whitelist again, I left the phone idle for more than 24 hours and didn't see the doze watchdog dialog again.