Emoji are invisible on some devices when using LAYER_TYPE_NONE 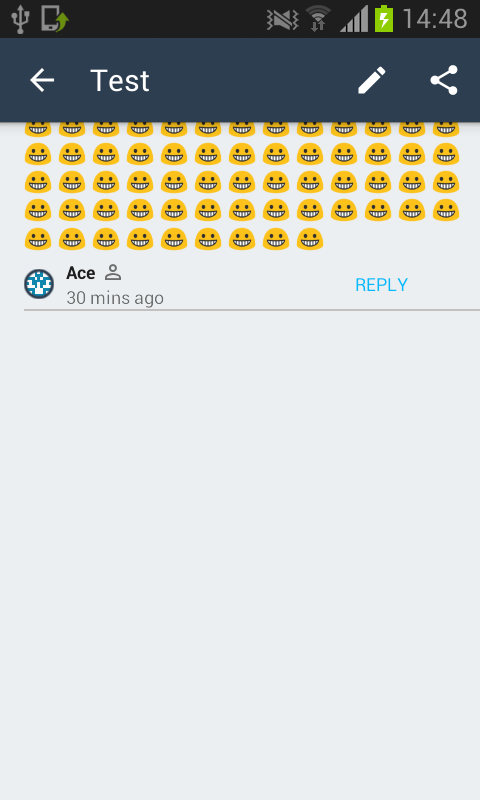 The issue can be reproduced with EmojiTextViews of any size by changing the code to always use LAYER_TYPE_NONE. This makes it easier to see that emoji are sometimes drawn and sometimes not. For example, the screenshot below shows a mixture of posts, all of which use LAYER_TYPE_NONE and contain strings of emoji. 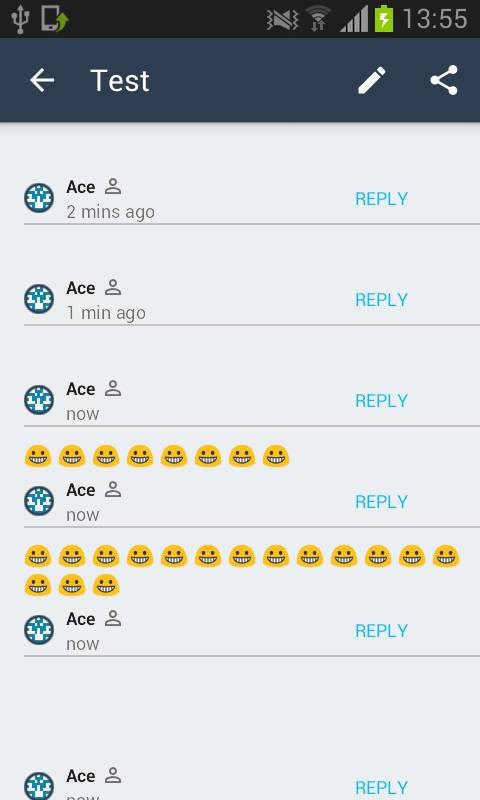 The issue also affects EmojiEditText if the rendering type is changed to LAYER_TYPE_NONE. In the screenshot below, one emoji has been typed but it's invisible. 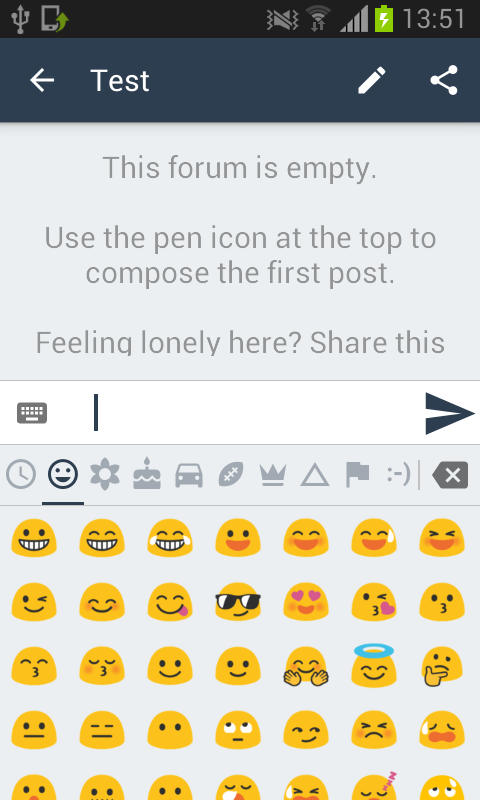 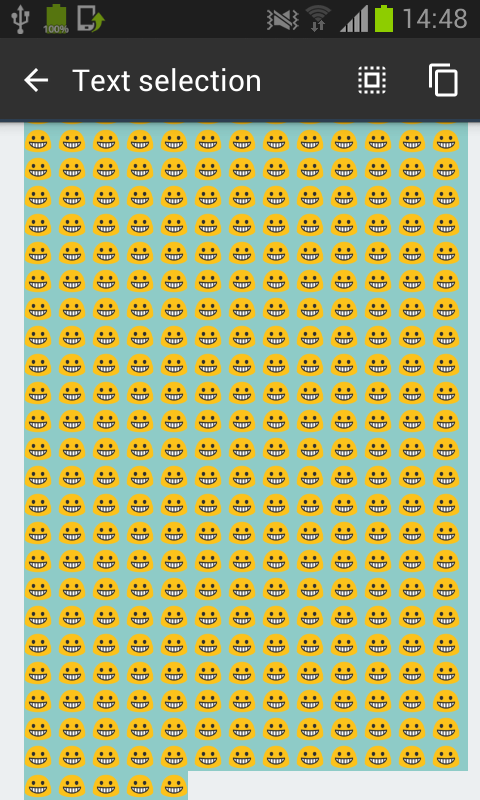 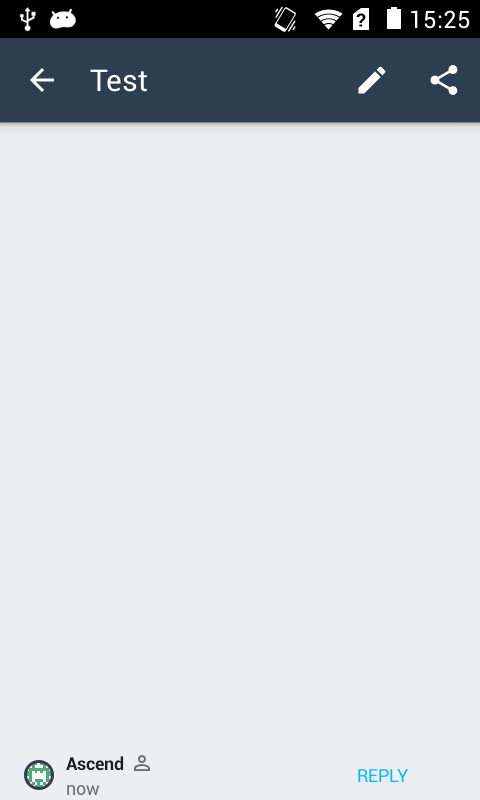 If an EmojiTextView contains a mixture of emoji and text, the text is rendered normally. In the following screenshot, the post starts with one emoji, which is invisible. 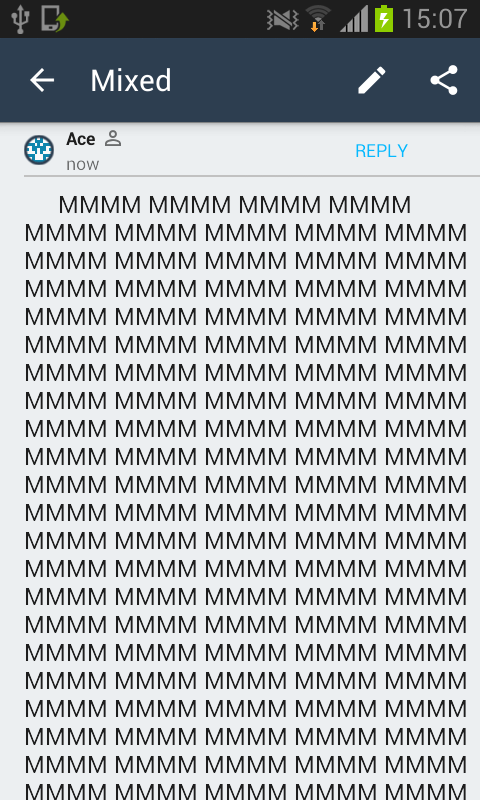